Lie Detection In The News

Woodland Hills, CA, /PRNewswire/ -- "Almost no human being can beat a polygraph test," says Dr. Louis Rovner, a noted psychologist and polygraph expert in California. In fact, lie detection technology has become so sophisticated that a polygraph can now detect a person's efforts to try to beat the test.


In a recent Deputy Sheriff Magazine article, Dr. Rovner writes that there are several books and pamphlets available on the Internet which claim to teach people how to beat a polygraph test. None of these, he says, can do what they claim.


Dr. Rovner feels that the idea of beating a polygraph test after reading a short book is absurd. "This is about the same as saying that you will be able to perform a Beethoven Piano Concerto at Carnegie Hall by simply reading a book about piano playing." The interplay between the sophisticated technology of the polygraph, the experience of the examiner, and the involuntary physiological reactions of the subject is so complex that almost no one can look truthful on the polygraph when he is actually lying.


"Beating the polygraph," says Rovner, "is impossible for most people." The polygraph is a scientific instrument which records physiological changes in our bodies. Polygraph examiners are trained to look for subtle abnormalities in these changes as a person answers a series of questions. The changes are involuntary reactions that occur in our bodies when we are not being truthful. "In order to beat the test," he says, "a person must use his central nervous system to override the involuntary activity of the autonomic nervous system, and he must do it on cue." Given the anxiety of a typically polygraph subject, it is extremely unlikely that anyone could successfully fool the polygraph.


Scientific research into polygraph accuracy has been going on for more than 40 years. "Overall," says Dr. Rovner, "we are confident that polygraph tests have a 96% accuracy rate when done properly." That statement is backed up by hundreds of research studies and experiments. Rovner's own published research shows that people cannot beat a polygraph test simply by reading about it.

MILWAUKEE - Police and community relations have been under a microscope following incidents of police brutality across the nation -- and in southeastern Wisconsin. One initiative now recommends screening police recruits with a polygraph examination to identify racial bias and prejudice before they're given a badge. The matter was even briefly addressed in a Milwaukee Fire and Police Commission (FPC) committee meeting on Thursday.


The proposal comes in response to concerns over systemic racism. The Prejudicial Conduct and Hate Crimes Identification Initiative offers this suggestion to police departments across the nation: Pre-screen recruits with a single-issue polygraph test before they're hired, using a third party.


"We call it just one more tool for the toolbox," said James Stern, retired FBI supervisory special agent and Army veteran. The proposal was drafted in part by Stern, along with other partners at Justice Is Equal, who carry decades of experience in law enforcement. "Before you put a uniform on, a badge and a gun on... We can see if they have any sort of prior animus and have acted violently toward that prejudicial conduct," Stern said. "Potentially the department could eliminate that person as a candidate."


"We figure we would talk to the candidates about sensitive issues like prejudices. We've all said and done things we are not proud of, but have we ever acted on them?" said Robert Moore, retired FBI supervisory special agent.


Moore and Stern have both served as FBI Polygraph Examiners. In this case, they say the goal of administering lie detector tests is to 'weed out' officers with racial bias. "Given the current climate, we think the public is looking for a level of comfort and security at this point," said Norm Embry, retired FBI assistant special agent in charge and Justice is Equal senior advisor.


They tell FOX6 News it wouldn't be the answer to everything -- just one aspect.

CALIFORNIA CITY, Calif. - Authorities confirm they've asked the adoptive parents of the missing California city toddlers to submit to a lie detector test. Cal City Police Chief Jon Walker confirmed Jacqueline and Trezell West were asked to take the test, the day after the couple reported 3-year-old Orson and 4-year-old Orrin West missing on Dec. 21. The Wests have not been named suspects or persons of interest and have never been detained by authorities.


Thursday marks one month since the boys disappeared, according to Walker. Since then, several rewards offered in the case have totaled $100,000 and CCPD have been receiving more than 20 tips a day. According to Walker, three of the department's 13 officers have been working the case daily, on top of the assistance from the Bakersfield Police Department, FBI, and Kern County District Attorney Bureau of Investigators. "The moral in the community ... I can feel it every day, it's becoming more and more frustrated. I believe because they want to find the kids and I get that. But, the moral among my department is pretty much the same. We want answers."


In the search for those answers, here's what authorities have done so far in the case, according to Walker.

MOBILE, Ala. (WPMI) - Last week a Spring Hill College student took to Facebook with her agonizing account of being attacked by a fellow student, Vassil Kokali, in her dorm room March 12th after a night out. On Thursday NBC 15 news confirmed and reported Spring Hill College police were investigating a rape on campus. District attorney Ashley Rich says media reports of the rape accusation got her attention, and she contacted Spring Hill College's public safety director.


Kokali, who a senior exchange student from Italy, turned himself in Tuesday morning. His attorney Megan Doggett says he intends to clear his name.


"Being sexually assaulted is probably one of the absolute most horrific things that can ever happen to somebody but secondary to that is to be falsely accused of something like this," said Doggett.


Doggett says Kokali and the alleged victim knew each other and were both intoxicated when the sexual encounter took place. Doggett also says Kokali passed a lie detector test administered by a retired FBI polygraph examiner. 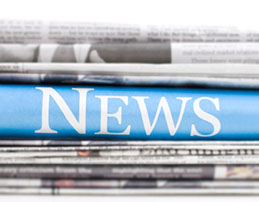 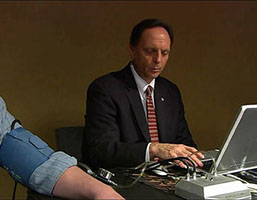 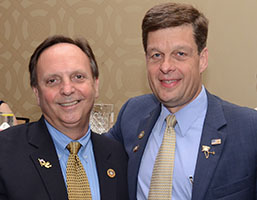